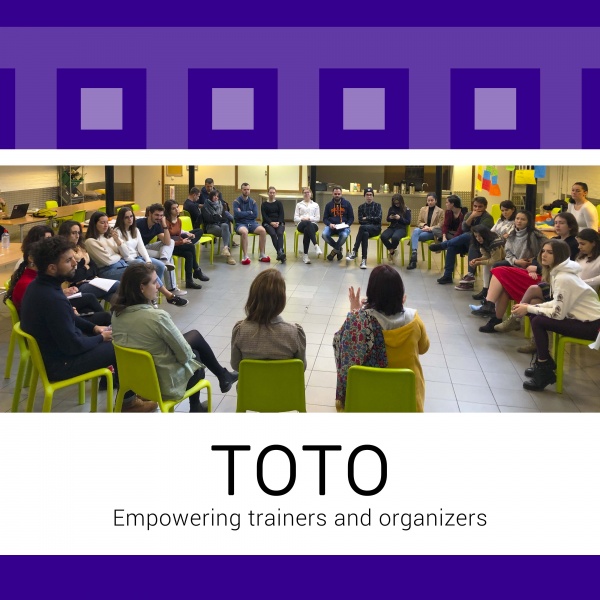 At the beginning of December 2019 Olena Novik and Andrii Sidletskyi — members of FRI — joined the Polish-Ukrainian team and together with Nga Phan Vien and Maria Litvinova became participants of the training “ToTo — Empowering trainers and organizers”, which was organized on the basis of the international association of public organizations from YEU International, which includes the Foundation for Regional Initiatives. The event was designed for coaches and organizers who would like to improve their skills in working on youth programs at local and European levels.


For Andrii, working in a team with foreigners, where everyone confidently expressed their opinion, became a real challenge. Initially, it was difficult to tune into a common wave to work on tasks, but thanks to the experience and proper communication, this problem was overcome the next day. And besides the new methodologies, this program helped him to get to know himself better.


Olena joined a team of coaches where she learned how to write the program correctly, set up communication with the audience, developed representative skills, studied styles and teaching methods, innovative approaches.


The people with different backgrounds, starting from the youngling to the experienced organizers and coaches, participated in the project, so to mend an appropriate program was difficult. Although, as Olena notes, “all participants were in the right place at the right time.” In the intercultural environment, young people gained new knowledge and impressions about the work in foreign countries, shared their lifestyles and traditions, or watched enthusiastically, for example, a colorful group from Bulgaria. At first, it seemed as if the Bulgarians were keeping the distance, but it turned out that they were all very friendly! Indeed, such events are a great opportunity not only to gain valuable skills, but also to get the intercultural experience, and make new friends and plans to visit other countries.


Concerning the level of the event, the FRI members expected some more serious preparation from the organizers of the YEU International. However, the unpleasant experience of the so-called miscommunication was offset by teamwork in a cool, motivated team, as well as the interesting lessons.


Brussels made rather a controversial impression on Olena Novik. The girl shares that she considered the city to be the pearl of the European Union, and unfortunately, it turned out to be rather dirty and with a large number of migrants, which was unusual. However, the program left a pleasant memory and made everyone remember wonderful people, parties, a hike to the European Parliament and warm wishes that the participants wrote to each other on the last day ☺️


Opportunities are everywhere, the main thing is not to miss them! Therefore, let the positive experience of the participants of the European training serve as an additional motivation for the other FRI members and the Ukrainian youth in general.